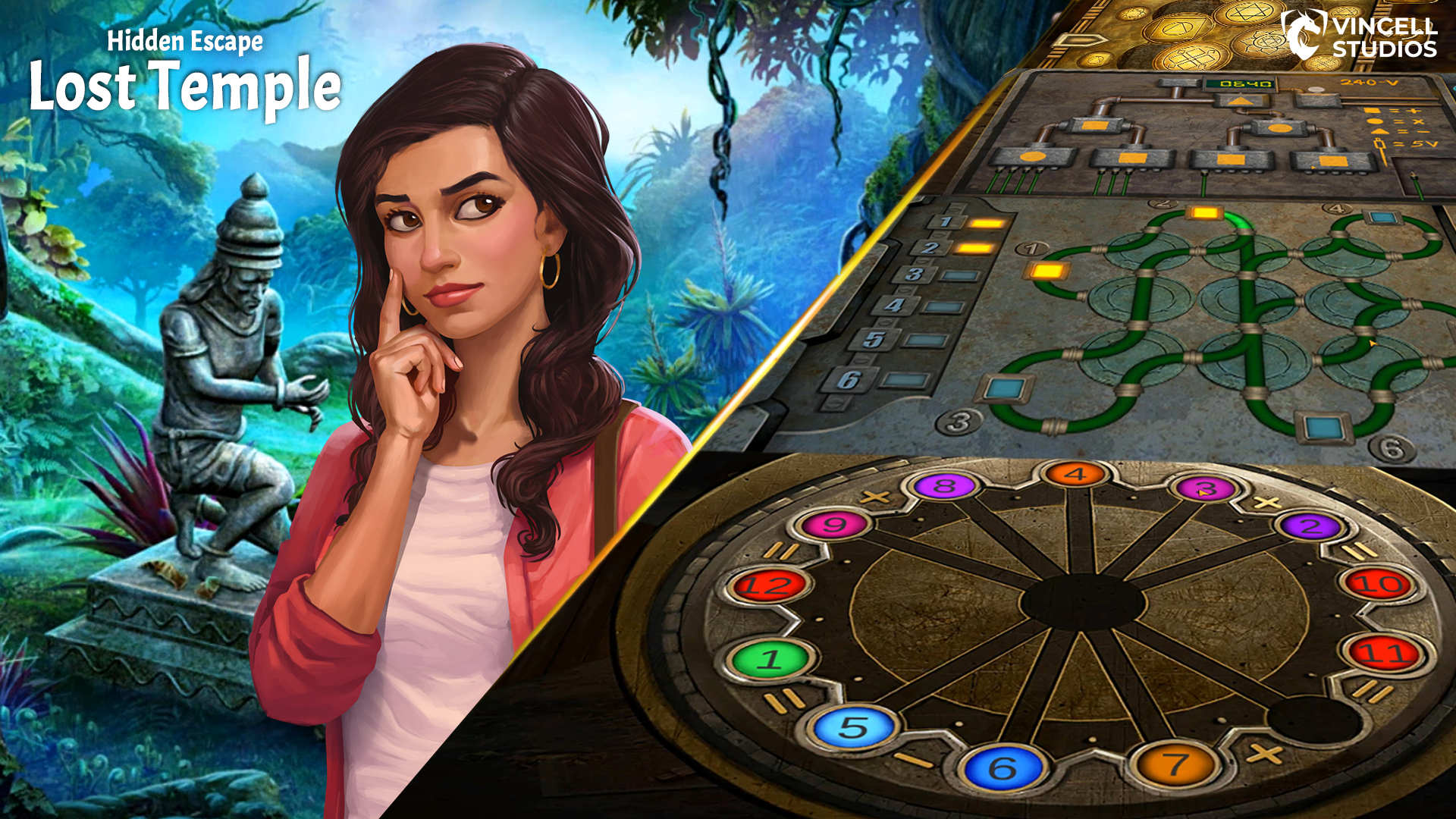 When we set out to create our first fantasy adventure escape puzzle game, we wanted to achieve two things – a game that has to be exciting and thrilling for both serious and entry-level gamers. And it had to be inspired by Indian mythology. At Vincell Studios, we’ve always been huge fans of Escape Room puzzles and that’s where the inspiration to create our own adventure fantasy came from. From there on, we dove in to find unique characters in Indian mythology that were heard off but were still little known. Along came the idea of using Sheshnaag, the King of all serpents who is mighty and mysterious. Sheshnaag’s legends served as a springboard for several ideas for art and storyline. This was the beginning of Hidden Escape: Lost Temple.

The Heart of the Game – Thematic Puzzles

Now the key to building an engaging adventure escape game is in the unique puzzles. This was a challenge as the game is set in ancient ruins so naturally four-digit lock and decoding passwords puzzles wouldn’t be relevant. Instead, we delved into our imagination and created puzzles corresponding to the natural elements. Additionally, we found inspiration in dated handmade games that were popular in India and wove in elements from them to create our puzzles. While the puzzles are unique, we’ve ensured that our brain teaser puzzles aren’t too daunting for the players. And if it still fogs up your gray cells, there are hints that one can use to solve them.

Liam and Leela, our daring protagonists risk it all to find out if there is truth behind the lost specter of Sheshnaag. Along the way, they face unprecedented challenges, battle of unexpected entities and make unbelievable discoveries! Sheshnaag is an enigmatic figure in Indian mythologies and legends surrounding him are shrouded in mystery. This gave us room to create a compelling storyline with some shocking twists.

Why You Should Play This Game

At Vincell Studio our attempt is to create unique games that encourage casual gamers to have deeper engagement, and for serious gamers to experience a different milieu with extraordinary puzzles. We’d love to hear from you on what you think our game.